I live a very blessed life. Working in the video business has afforded me the opportunities to do a lot of things some folks would consider items on their “bucket list” and I’ve also met a lot of fun and interesting people along the way. 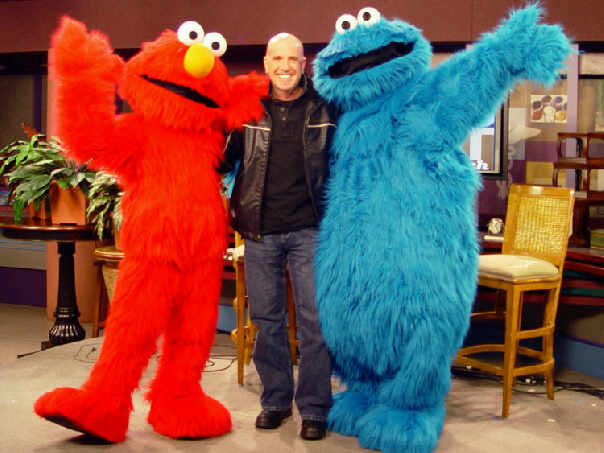 “♪ ♫ One of these things doesn’t belong here, one of these things just isn’t the same… ♫ ♪”
I’ve worked in the media industry in different capacities for nearly twenty years. From working in the regional music industry managing and booking musicians in the early nineties to eventually creating CIA Music, a program that spotlighted and recognized all genres of locally produced music. 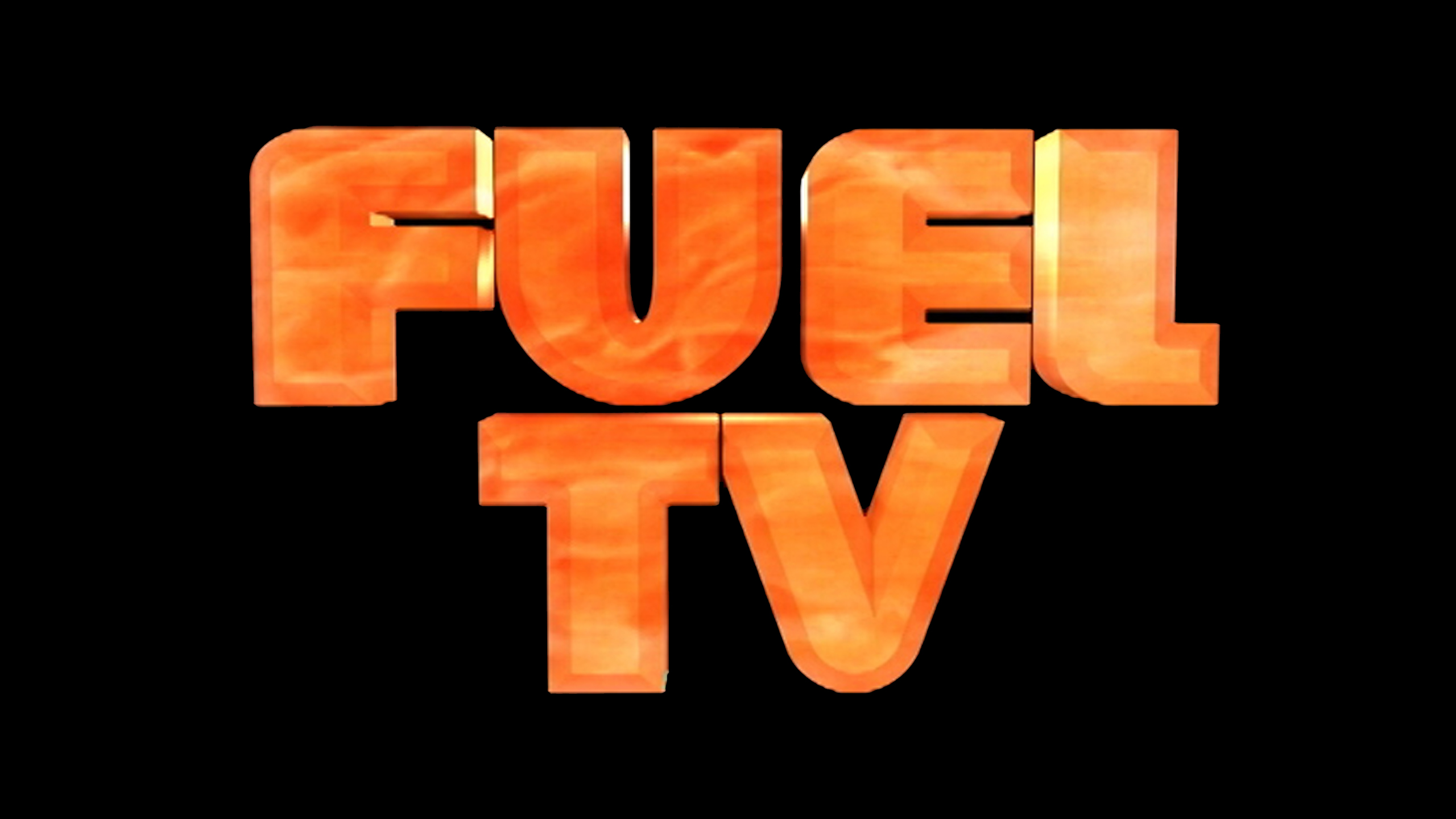 After partnering with Jon Philips as the manager of Digital Video Minds (DVM) in 1998, we eventually launched a regional travel & entertainment television show called Fuel TV in the fall of 2001. After producing that weekly broadcast for two years, we successfully negotiated a buy-out of that trademark with the FOX News Corp in late 2003 where they transformed the concept into a new satellite network known as FUEL. After that life-altering experience, I started my own video boutique under the Braly Image Group (BIG) Studios moniker and started working on various passion projects, specialty videos, and client productions. 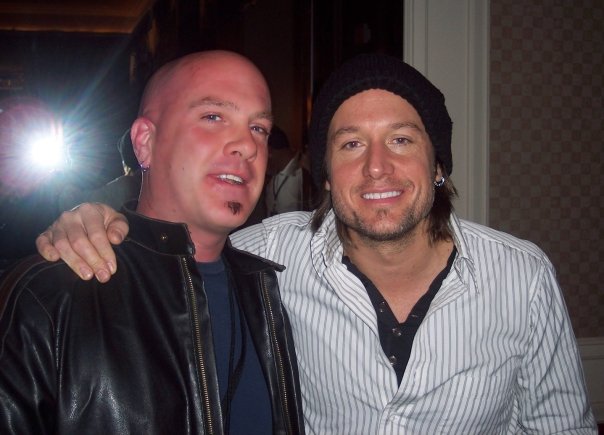 Keith Urban liked my earrings so much, he picked up a pair just like them

Throughout the course of these events, I’ve been a producer at various area networks (ABC, CBS, FOX) and have developed a reputation for producing (ADDY) award winning commercials, promos, industrial videos, and original programming during the past fifteen years of my television career. Most of that experience has been in commercials, marketing and original programming. Before I began my broadcast career, my strengths were illustration, graphic design, computer animation, photography and creative composition. I’ve obtained two college degrees. One from Chattanooga State Tech and the University of Tennessee at Chattanooga; the first of which focused on Commercial Art & Design. The second in Psychology & Business. 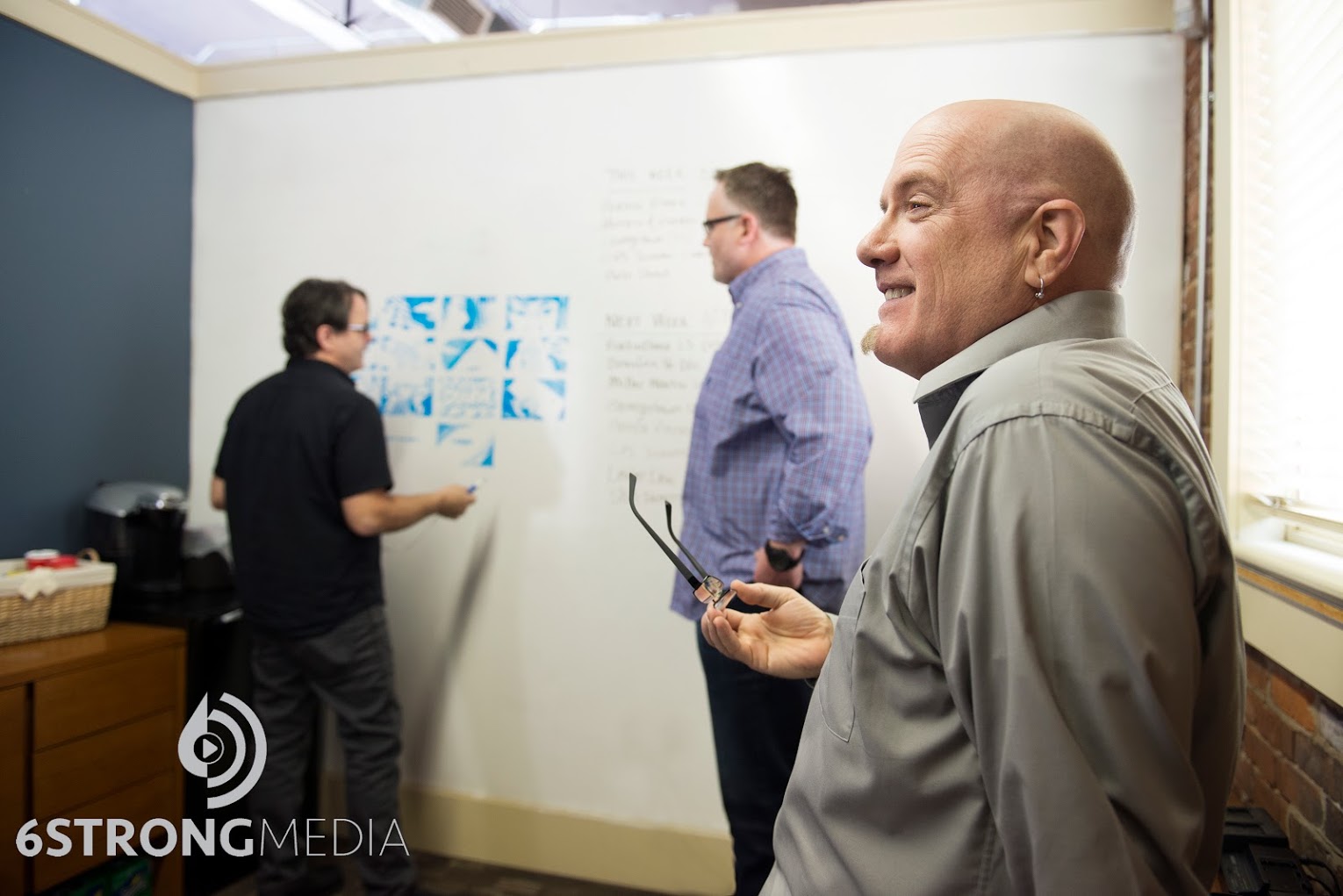 Behind the scenes with the 6SM crew. Johnny Stockman, Kris Simmons (CEO) & ‘yours truly’.

For several years, I was part of the exceptional team at 6 Strong Media acting as Vice-President of Production, directing and producing video shoots and managing all aspects of production in a hands-on management role, while contributing to workflow + process optimization, development of more efficient systems, reducing internal costs, and improving and implementing new production processes. I received a lot of satisfaction working with our clients and our superb creative team to drive projects to delivery as well as helping produce internal projects along with any overflow client projects. Some of that work is featured elsewhere on this site. I loved our team and felt truly blessed to be able to contribute to their efforts. 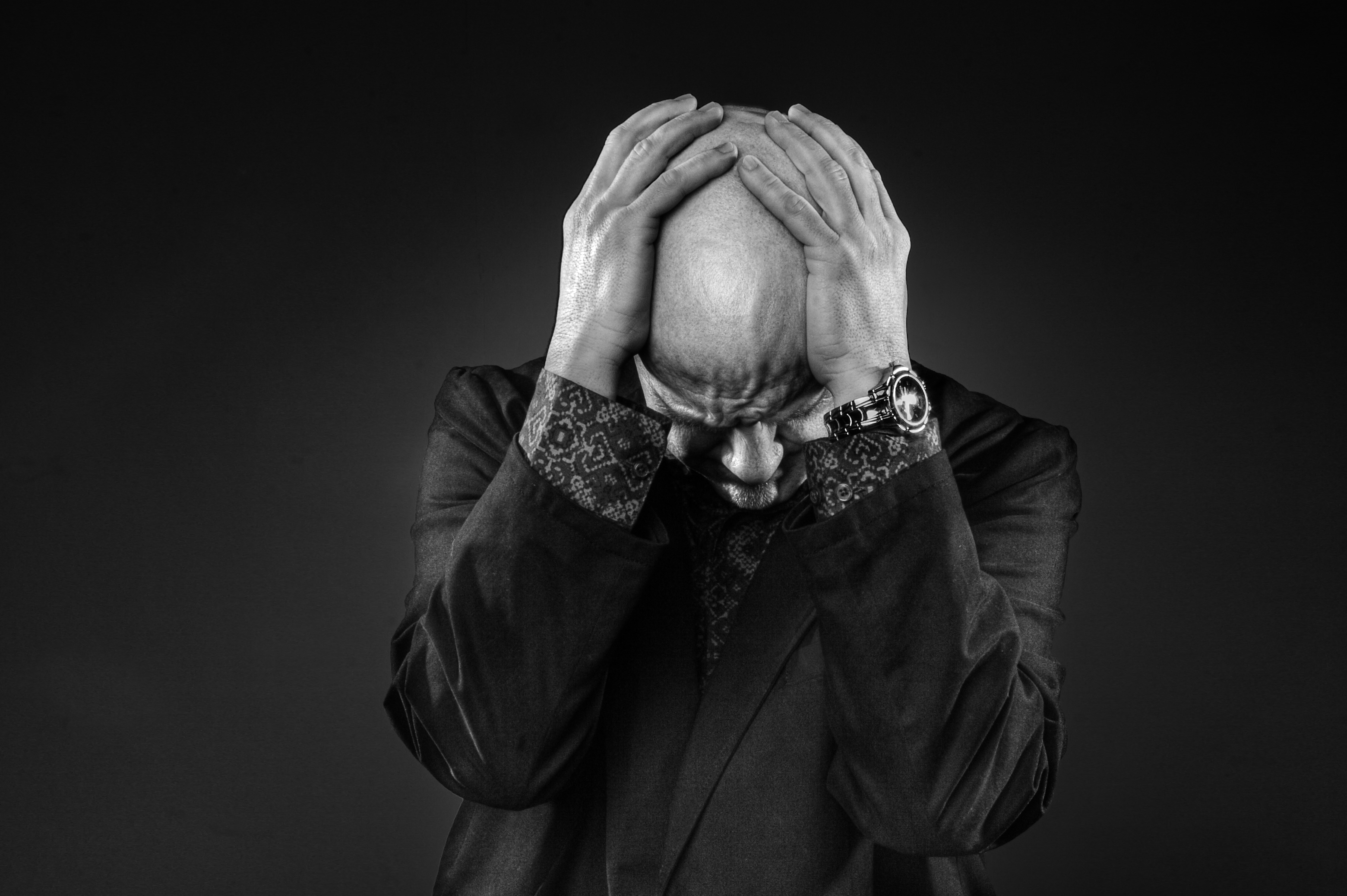 My talents are available for both profit and non-profit or religious organizations. For commercial work, via Braly Image Group, my skill set includes producing, directing, non linear editing, photography, videography, brand identity marketing, audio editing and ‘sweetening’, illustration, graphic design, photography, and multiple facets of production and web design. This same skill set is used in my multimedia mission work, Faithful Servant Studios. My areas of expertise are in creative, production, and directing original broadcast media. I even shoot a select amount of weddings by referral every year. I’ve been blessed with a unique ability to take client ideas from the script to the screen, on time and under budget in way that exceeds their greatest expectations.

Finally, and most importantly, I’m a follower of Jesus Christ and I desire to serve God’s kingdom. He has blessed me with a wonderful and supportive wife, a brilliant and beautiful daughter, modest but happy accommodations, and numerous talents with the wisdom to steward them well.

Please contact me if you are need of production services for your company, non-profit organization, or a personal project. All initial consultations are free.